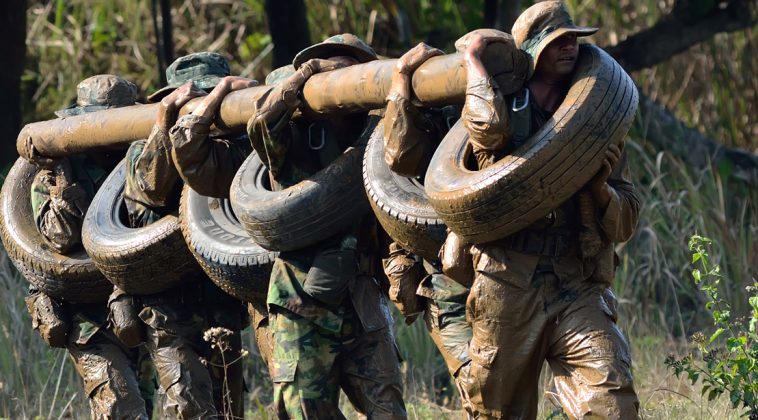 With serving as a U.S. Navy Seal for 12 years, Chadd Wright operated on some of the highest performing teams in the world while battling the most extreme of conditions and situations. During that time, he became a SEAL instructor and a Master Training Specialist, where he discovered a passion of his — teaching. As a SEAL, pushing himself to the limit was commonplace, but rather than putting more pressure on himself thinking about how daunting a task may seem, Wright learned to break the challenge down into smaller bits to complete the mission. That process is in large part why he’s been able to excel as an ultra-runner.

It’s methodologies like these, along with others, that he’s using with the 3 of 7 Project, which is a training company that also happens to be the title of Wright’s and brother Blake’s podcast. Together, the pair run training missions across the country with the goal being to help develop people into better humans.

“The cool thing about the wilderness is it strips down all the facades that people put on,” said Wright’s brother Blake. “It tests them so much that it takes everything away and you can see the actual core of who they are because how they operate when all hell is breaking loose. They’re just stripped down to their simplest form. When that happens, they’re able to see those things that they couldn’t see before because the frontcountry provides you with a lot of luxuries and comforts where you can operate like that.”

Whether training for the next event or spending days in the wilderness, Wright has found a product he trusts in HOIST, which is the preferred hydration for the US Military and supporter of former service members returning to civilian life.

Fresh from an off-the-grid backpacking excursion, Wright sat down with Muscle & Fitness to share the principles he lives by, why ultrarunning provides him the opportunity to practice what he teaches, and what it takes to survive one of his excursions.

Practice What You Teach

Somehow, I’ve become a mentor or influencer to people through social media, and many other different ways. What I found in ultrarunning is it keeps me on the ground level. I think the word “coach” has been watered down so bad these days. I believe if you’re going to be an influencer or coach, you’ve got to be out there doing it. Ultrarunning is that arena for me where I can say I’m going to get out there and test myself on a high level. I’m going to put the principles that I teach other people to the test. I’m going to learn new things about myself and I’m going to continue to challenge myself. It’s my arena that keeps me sharp, keeps me relevant, and that really gives me confidence as a coach and an influencer. It shows that the things I say don’t just come from theory and that I’m practicing them on a daily basis, and they work, and I win using these principles. This isn’t something I started 10 years ago or something I’m regurgitating from a book that I read. Ultimately, our chosen way of life is a privilege we must earn every day. If I’m going to talk to you about how to make yourself better, I have to earn my position to talk to you about that.

When I was a SEAL, toward the end of my career, I become a Master Training Specialist. I love to teach and it’s a real passion of mine. I also love to develop people into better humans — body, soul, and spirit. We use this wilderness environment in order to develop people. The podcast all revolves around fitness, mental toughness, and our spiritual relationship with God, with us being Christians. We believe everyone has a spiritual side. 3 stands for the body, soul, and spirit. Seven is the number for completion. So, in everything we do, we’re trying to develop someone’s body, their soul, which is their mind, will, and emotions, and then their spirit — in order to give them a complete fullness of life. We run many different training missions all over the United States. Everything from wilderness excursions, 140-mile kayaking missions, and missions in high alpine environments at 12,000 feet above sea level. To drive it all home, when we go out on a mission, it’s not about teaching you how to become a better outdoorsman or how to survive. You learn those skills, but ultimately, we want to see you grow as a human being.

The most critical piece of advice we give right off the bat, and I think that helps everybody that comes out and trains with us, is the three pillars of my life and what has allowed me to do so well in ultrarunning, field training and all these things I’ve done that are pretty challenging. The first thing is that you have to be patient with yourself, the process, and your team members. The second one is you have to stay present, which means you have to be where your feet are. The third is that you have to be deliberate in your actions. Every step you take, you have to be deliberate with your thoughts, words, and interactions with the people around you. If we can get you to be patient, stay preset, be deliberate about everything that you do, you’re going to be safe out there. You’re going to accomplish the mission, and you’re going to get the most out of the time that we get to spend with you as a student.

It’s way easier said than done. It’s easy when I tell you to be patient but when you’ve been on your feet for 16 straight hours, climbing up the side of a mountain to a 5,000-foot ridge, and you’re just so exhausted that you think you can’t go another step, it can be tough. You have to be present, and you just have to break it down. You have to look at the tree in front of you and just say, “I’m going to get to that tree, and that’s a win.”

Coming Out On the Other Side

The biggest changes I see are people learning how to lead and be led. I see people actually learning what does it feel like to lead and make decisions and what does it look like to be led by someone who might be stronger when they’re weak. I see people learning how to actually form a team and move together in the direction of an objective as one single unit. Believe it or not, people don’t know how to do that. They can tell you they know, but when you put them in a situation and say actually do it, they don’t understand it. I see people learn how to utilize a chain of command. I see people learn how to communicate with each other and actually disseminate information throughout a group, learning how to support one another in real tangible ways when someone can’t carry the load of an 80-pound pack that’s on their back. They have to learn to support one another because they come to the realization that we have to all make it to this objective as one single unit and you just can’t be an individual out there.

You have to be a team member and lead when it’s your turn to lead. You have to listen, and learn how to communicate. All these things are baked into me. This is normal stuff for me as a former SEAL. I’ve operated on the highest-performing teams on Earth. I was astounded when two years ago that these weren’t common skills and traits that civilians or corporate teams have. They like to talk about it, but they don’t really know how to do it.

There Is No Quitting

The foundational element of it all is I had to take quitting off the table. No matter what was placed in front of me, I’ve learned you’ve got to decide that you’re not going to quit because I’ve got to keep moving forward. If I had to find a new direction to get me to where I want to go, then that’s just part of the process. One of the big lessons that I learned in SEAL training is the number one reason people quit anything hard is they get overwhelmed by the big picture. I saw so many guys in BUDS SEAL training that when things would get tough, all they could think about is not being able to do that for six more months, and that’s when they would quit. We would be doing something simple, and guys would quit because they were thinking too far ahead. Every day in SEAL training, I had one goal and that was to make it to breakfast. That was my only goal when I would awake in the morning. After that, I made it to lunch. If you make it to lunch, you’re going to make it through the day. That ability to break every day and challenge down to small segments to eventually accomplish something huge is absolutely essential. I use it today in my marriage, my business, ultrarunning, all aspects of my fitness, and my relationship with Christ.

I’m all about looking at fitness as something functional. I’m always thinking about if I’m exercising, I want to become a well-rounded person. Fitness should allow me to be better at some skills. I’m a warrior, so I’m always thinking how does my fitness pair with my trade as a warrior, and what can I do that is going to make me a better warrior. The Combat Standard Test is a workout that is designed and tailored to replicate the stress of a real combat scenario. 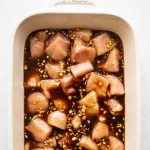 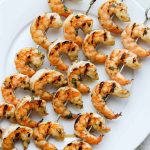