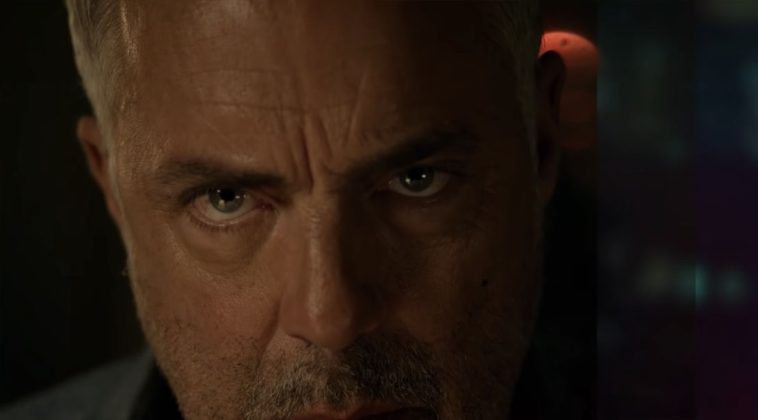 Welliver has plenty of pop in his punch, even if wear-and-tear may have slowed some of the spring in his step.  Boxing drills make up part of Welliver’s re-focus on year-round fitness, not just on a needed or per-role basis, as he says he’s been guilty of in the past.

If you’ve watched Welliver portray the hard-hitting, jazz-loving, LAPD detective for the past seven seasons of the hit show Bosch, it stands to reason that when Bosch: Legacy begins streaming on May 6 on Amazon Freevee, someone’s bound to get hit. And Welliver has gotten himself physically ready to land that blow.

In the spinoff series Bosch, leaves the department and goes into private investigator business. Oftentimes not only battling criminals but also his bosses in the department, Bosch now finds himself aligned with another longtime arch-nemesis, attorney Money Chandler (played by Mimi Rogers). While the two are out to find justice in the City of Angels, Bosch has to pay close attention to his daughter Maddie, now herself an LAPD.

Although Bosch still needs to mix it up every now and then on the streets, Welliver this season delegated certain high-risk moves to his stunt team. However, Welliver explains how and why he made the decision to keep himself consistently in cop-ready shape through a multitude of training styles, from boxing to some martial arts to even yoga and Peloton.

You just turned 60. Does your body feel any different now than it did a decade ago?
I move a little bit slower, not because of age but more because of misspent youth. I jumped off the roof of barns, crashed motorcycles, boxing, things at a time in my life in which I felt I was indestructible. That’s all starting to catch up with me as I’m getting older. I don’t sprint the way I used to, so nowadays I just kind of navigate around those things.

Please, more details.
I crashed a motorcycle probably about 10 years ago, but when I was about 7 years old, I jumped off a barn, thinking I was Mary Poppins. I had two umbrellas in my hands and thought, “Well, this should work.” They folded up, I hit the ground and broke both my legs — obviously that destroyed my summer that year.

About four years later I tried it again, this time with a big beach umbrella. It kind of decelerated my fall and I wound up just turning my ankles, but that was the end of that. So, yeah, I was the original slow learner.

You have your original karate dojo tattooed on your shoulder. Do you still practice martial arts as much today?
I don’t do it the way that I used to. I like to hit the heavy bag and kick, and do some stretches, but work doesn’t allow me the same amount of time. It’s not an excuse, I just find myself not able to commit the same amount of time.

As a young kid I was very committed to martial arts. I studied jiujitsu and eventually got into some kenpo and Krav Maga, which isn’t really a martial art, but a great combat system.

I got my daughter into Krav Maga and my son is really into BJJ these days. I think martial arts are very important for not only defending yourself, but a fantastic way to keep oneself in good physical condition.

Have you ever had to use martial arts in real-life situations?
It was inevitable that something would happen — there’s always gonna be some knucklehead, no matter how much you try to talk him down or dissuade him from being aggressive — and it’s usually when he’s had too much to drink — who won’t get the message.

Several years ago, a guy happened to crash a party that I was at, and he got very aggressive with one of the female guests and pushed her. Let’s just say after that, he took a little nap.

So it seems like martial arts would be a perfect fit for Harry Bosch.
Bosch’s background training was in Special Forces Fifth Group, so he’s had a considerable amount of hand-to hand combat training there.

In one episode, Harry goes undercover and gets taken up in an airplane by drug dealers, and these guys are going to throw him out of the plane and kill him. He’s carrying a sword cane with him, and sticks the first guy then spins him around when he’s shot by another guy who’s firing his gun. The second guy has Bosch hanging out the side door of the plane, Bosch throat-strikes him and puts his thumb deep into the guy’s eye socket, launches him out of the plane. That was a good fight.

What makes a good Bosch fight scene?
Whenever we do those type of fight scenes, I always want to keep it messy and sort of real looking. If I want to watch great stuff, I’ll watch Jet Li or Bruce Lee do it —those are worth their weight in gold. But when we do fight stuff, we try to keep it authentic, but still kind of a mess.

What’s been your biggest training adjustments for you these days?
I used to be like, “I’ve got three months to train and get back in shape for any film or show, whether it meant dropping a few pounds or adding muscle. Now I don’t pursue training with the same kind of abandonment, which actually wasn’t very sound anyway.

A few friends of mine who are trainers would always notice this and tell me: “Dude, you know why you’re always hurt and can’t lift your arms? It’s because you’re not supposed to take 45-pound dumbbells on Day 1.” So now I’m trying to be more like water and less like rock.

So what do you do differently?
I find that the best thing to do is to kind of change up the regimen a little bit. Now I’ve added more bodyweight excercises, changed up my cardio, and don’t do as much free-weight training. I’ll add some yoga, I’ll hit the heavy bag, some speed-bag work, treadmill, jump rope, and have found that it’s every bit as effective as weight training. I actually think I may be stronger from bodyweight work than lifting.

Depending on my schedule, I try to get in at least a good 40 minutes of cardio, four or five times a week.

What is your home gym like?
I’ve got I just got a Peloton, I’ve got an infrared sauna. I’ve got a station, dip bar, pull up bar, push up bars. I’ve got a rounded heavy bag. I’ve got a kicking standing kicking bag. I’ve got an elliptical, and I got a treadmill. And I got one of those exercise things called the mirror. I can do you can do classes. So and lots of heavy ropes, different weighted ropes and things like that focus mitts.

Yes, I’ve got some free weights, but nothing too heavy. I think the heaviest may be a 30-pound dumbbell.

How do Bosch stay cop ready?
This season, there were some foot-chase scenes in which I which I had my cardio in a little bit better shape. Also we were shooting in downtown LA and it was about 105 degrees outside, which was really kind of intense. I’ll do as much of that stuff as I can.

I always think it looks better to have the actor go and doing the sort of stuff, but now I have a great stunt double, who does leaps off of a fire escape onto the roof of a building which, I might have wanted to do that in my 20s. Now I have enough sense to leave that to the professionals. There are a lot of people in our crew who are dependent upon me being in one piece so that they can they can make a living, so I’m not big on the risk taking the way that I used to.

Bosch is big on jazz, what do you listen to when you train?
Sometimes I work out to jazz it depending when I’m doing cardio. I actually listen to some pretty hardcore music, I listen to the Deftones, Tool, Filter, Nine Inch Nails because I just find that that’ll really drive me.

But when I’m meditating or doing yoga, I’ll listen to Japanese shakuhachi flute music. If I’m hitting the bag, I’ll try to find some R&B, hip-hop, or something that just got a different pulse. But that by the same token, you know Tool or Filter or Nine Inch Nails is great when you’re really wailing on the bag and just trying to crack a sweat. That works for me.

I think I’ll get too mellow if I put on the jazz — that’s good for the sauna. I get in the sauna and that’s where I put on some Coltrane some Miles Davis and I decompress.

How important is yoga and meditation for your recover/recuperation?
Yoga’s been really particularly helpful my old broken bones and issues like that. I find that a little yoga before and after some good stretching, and I’ll dip into the infrared sauna, which is worth its weight in gold. Swimming’s helped me out a lot as well. And I’ve thinking about getting one of those ice baths, but man, those aren’t for the faint of heart.

Meditation helps too. When I’m filming, I basically get about 20 minutes for a meal break. Usually I’ll use that time to go over my material for the next day, but oftentimes I’ll go off and do five, 10, 15 minutes of just a meditating, maybe stretch a bit aS well, and it really energizes me.

What is your diet like now?
I just try to eat sensibly. I’ve been trying to kind of cut back on eating processed foods, although I’d be less than truthful if I said I don’t enjoy the occasional Big Mac. I love red meat, but I try not to eat as much of it. Now it’s more lean proteins, a lot more fish, and more green vegetables, except kale, I can’t do kale anymore. I’ll be fine if I never have kale again. But I’ll take in a lot of spinach, brussels sprouts, broccoli, cauliflower.

I’ve never been a big milk drinker, probably not since I stopped growing, but I try to stay away from as much dairy as possible, but I love cheese. Again, I just tried to be a bit more mindful about what I eat and try to put clean organic food as much as I possibly can.

Occasionally, I love a jar of Skippy peanut butter more than anybody. I love peanut butter, and normally I’ll get the healthier stuff, but every once in a while I’m gonna treat myself to a jar of Skippy I know it’s not great, I’ll just work out a little bit harder, then get over my guilt really quick.

On set, I live on this juice — 50 Shades of Green Juice — that’s just packed with greens. I’ll pound those all day, like four to six of those. They really sustain my energy to the point in which the bottom doesn’t drop out. 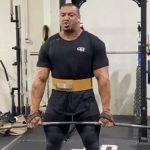 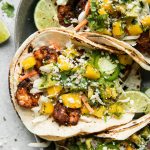