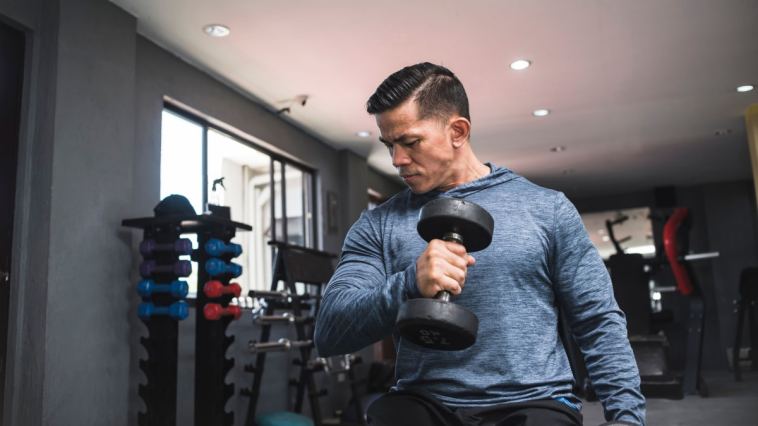 It doesn’t take much to convince most people in the gym to curl. If you want an impressive physique, an intense pump, and more strength in the gym, you’ll find time to do some curls.

But with so many curl variations, which movement do you pick? And how often should you do them? How do you fit curls into an already packed training program? These are the questions you need to tackle, so you can make a more informed decision and win a one way ticket to Armsville.

To get to the bottom of it, let’s look at two classic biceps-building staples: the hammer curl, which is performed with a neutral (thumbs-up) grip and the standard dumbbell biceps curl performed with a supinated, or palms-up, grip. By starting from square one, you’ll learn enough to begin building your arms efficiently and effectively.

These two exercises may appear nearly identical, but the relatively subtle difference in grip is responsible for a big difference in results.

The function of the biceps muscle is to create flexion (bending) at the elbow and supination (rotation) at the wrist. The thumbs-up position of the hammer curl avoids supination and more specifically targets the brachialis and brachioradialis, while a fully supinated grip (palms up) emphasizes the biceps brachii. (1)

The brachialis is a strong elbow flexor, separate from the “main” biceps brachii on the front of the upper arm. The brachialis sits underneath the biceps, closer to the bone. It’s believed that targeting the brachialis will have the effect of “pushing up” the biceps to make it appear larger, not unlike wearing shoe lifts to appear taller.

This anatomical trickery may not yield significant results, because the biceps brachii is still stimulated to grow regardless of the grip used, but it’s worth a try. Hammer curls also recruit the brachioradialis, which is a relatively larger muscle running along the top of the forearm and over the elbow joint, near the lower portion of the biceps.

The hammer grip also slightly emphasizes the short head of the biceps, while a supinated grip activates the long head of the biceps muscle more strongly. (2) Due to this, you will usually feel a difference in your arm tension when performing either movement. Both variations do work both heads of the biceps, but the emphasis is shifted slightly from one to the other.

To create more tension in the bottom position of a hammer curl, you can perform the exercise seated for an incline hammer curl, which brings your arms behind your body. You can create even more tension using a supinated-grip curl by bringing your arms in front of the body by performing a preacher curl or spider curl.

These two dumbbell curls are, fundamentally, similar. They require you to move a weight with strict elbow flexion, which brings the weight from your hip-level to near-shoulder height.

By restricting movement to a single joint, muscular stress is focused on the target muscle and isn’t distributed significantly across multiple muscles. This is why it’s important to use strict form and keep your elbow near your ribs when you curl.

If you swing the weight and let your elbow get away from your torso when you curl, you create movement at the shoulder joint which can take activation away from the biceps muscle.

A change as seemingly simple as turning your hand one way or the other might not look like a big deal, but it’s responsible for determining which arm muscles are recruited and how hard they’re worked.

With a thumbs-up hand position, your brachioradialis is put into a mechanically stronger position to move the weight. The biceps brachii, while still recruited, is moved into a less strong pulling position due to the structure of the muscle, tendons, and surrounding structures. (3)

This subtle, yet highly effective, change in grip isn’t unlike performing pull-ups (with a palm-down grip) compared to performing chin-ups (using a supinated or palm-up grip). In this case, again, a simple change in hand position shifts the muscular emphasis from your back (with pull-ups) to your biceps (with chin-ups). (4)

Because the brachialis is only responsible for elbow flexion, and not supination, it’s a relatively stronger arm muscle. (5) This is why many lifters can perform hammer curls using heavier weights than they use with biceps curls. This also makes the two exercises very effective for supersetting together, performing a set of biceps curls until muscular fatigue and then immediately performing additional repetitions with hammer curls.

How to Do the Hammer Curl

Stand up holding a pair of dumbbells at arms-length, with your hands facing in to your center. Pull your shoulders back and flex your abs. Pin your elbows to your sides.

Curl the weight by driving your thumbs up to the fronts of your shoulders. Pause briefly in the top position before straightening your arms back to the starting position.

Form Tip: The brachialis, which is targeted by the hammer curl, responds very well to slow lifting speeds. (6) Instead of performing hammer curls with a powerful, explosive movement, slow down to keep that muscle under more consistent tension. Take three seconds to curl the weights to the top position, pause for one second, lower the weights in three seconds, and pause at the bottom for one second.

The hammer curl is primarily defined by using a neutral grip or thumbs-up curling position. You can hit your arms with some variety by using the same hand position with a variety of movements.

This is the most common way to add biceps training to a kettlebell workout. By grabbing the kettlebell by the “horns,” your hands are put in a primarily thumbs-up position and you get the benefits of a hammer curl using a single kettlebell.

The kettlebell curl can be easily added as a type of transition exercise between larger movements, like squats or rows, or it can be used as a finisher for extra arm training after a high intensity workout.

This single-arm hammer curl variation, sometimes called a pinwheel curl, moves the weight across your body instead of moving directly forward. This movement reduces the range of motion, which lets you use a slightly heavier weight.

The crossbody curl is often done alternating arms with each repetition, but can be performed with one arm at a time for even more time under tension.

How to Do the Biceps Curl

Stand up holding a pair of dumbbells at arms-length, with your palms facing forward. Pull your shoulders back and flex your abs. Pin your elbows to your sides.

Keep your hands level with your palms facing up as you curl the weights toward your shoulders. Don’t allow your elbows to come forward in the top position. Lower to a full extension.

Form Tip: Use a slow eccentric (lowering phase), taking up to three seconds to extend your arms, but drive up powerfully and raise the weight in one second. This will place the biceps under tension during the lowering phase and allow strong force production when lifting the weight.

The classic supinated biceps curl can be adapted to many different movements, adjusting range of motion, muscular tension, and other variables to provide a different muscle-building stimulus.

The preacher curl offers stability from the pad and prevents cheating by removing the ability to swing the weight. That makes this one of the most strict and most biceps-intensive exercises around.

The stretch in the bottom position can be extreme, depending on your flexibility. Reduce the risk of injury by working within your own effective range of motion and, if necessary, avoiding full lockout with this exercise to reduce strain on the biceps tendons.

The cable curl is a high-tension variation that uses a cable pulley instead of free weights. This constant tension creates a greater trigger for muscle growth compared to dumbbells, which rely on leverage and gravity to produce resistance.

The cable curl can be performed with a variety of handles, as well as single-arm, for even more variety and growth stimulus.

Knowing the Best Curl for Your Goal

The great thing about this decision is that you almost can’t get it wrong. It’s not like choosing between a back squat or a front squat, which are performed very differently and yield very different results. It’s more like deciding if you’re going to put the cereal or the milk in the bowl first. The end result is basically the same, but you get to pick the order you prefer. However, there are just a few things to consider.

If you are training primarily for strength, include more hammer curls in your program. Being able to get more training volume to the brachialis is going to give you more assistance in exercises like pull-ups, rows, and even deadlifts. Because the brachialis is a stronger arm muscle, you can use heavier weights for an even greater strength stimulus.

If your goal is physique-focused, work more on supinated-grip biceps curls. This will take the muscles through a greater range of movement, which is a major key for hypertrophy. (7) Pairing this type of training with some hammer curls using slower tempos will trigger major arm gains, while also making sure you have trouble lifting your toothbrush the next day.

Biceps training definitely doesn’t have to be complicated, but it does have to be well-planned for maximum results. Now that you know why and when to use each exercise, you’re in a better position to design a routine that takes your arm workouts to the next level. 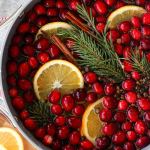