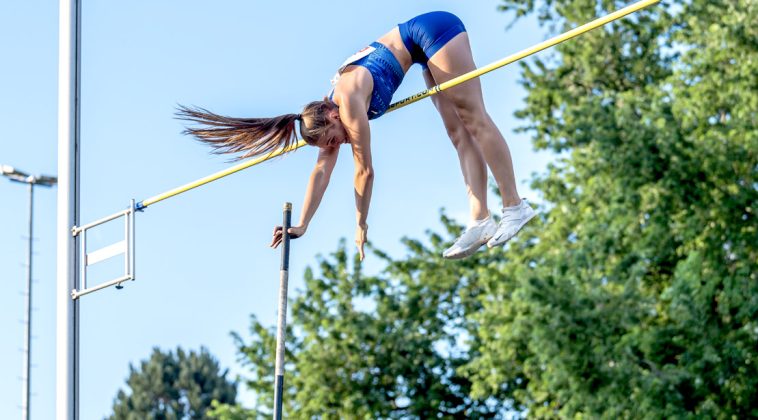 For pole vaulter Alysha Newman, the sport aligns perfectly for her work ethic and drive.

No matter the preparation and training that goes into being a Canadian record-holder and one of the best in the world, there is no jump that will be the same. Each time Alysha Newman takes off down the runway, it’s a chase for perfection in technique, mind, body, and execution.

One critical component that separates elite athletes from good ones is an innate mental makeup and last year, Newman opened up about her recovery from a concussion that shook that confidence. She says the experience has humbled her and allowed her to celebrate the small wins and find the excitement in the small details that can become monotonous at this stage in her career. Her perspective has also shifted into being the version of herself.

“I think one thing for me to persevere past was literally not focusing on what I did wrong but focusing on the positives and my strengths,” Newman said. “As you know with athletes, we have this timeline in being our best self. I worked on all my weaknesses, and I’ve gotten weaknesses to turn into strengths, but this late in my career — I probably have two more Olympics in me — there’s no point in trying to fix that because I already have the habits. Now, we’ll focus on what I’m great at.”

To be a great pole vaulter, you have to be good at a lot of additional disciplines, and Alysha Newman spoke with Muscle & Fitness about all that goes into clearing world-record heights.

The Making of an Olympic Pole Vaulter

To start, you must be a good sprinter. You have to be fast but it’s like a head-to-toe thing. A lot of gymnasts turn into pole vaulters just because we get that body awareness at such a young age and we’re able to be aware in the air when you have the pole, and you connect the neck with the pole. Sprinting and running technique are always number one and headed into gymnastics, it’s body awareness and body strength. We’re like an all-around, head-to-toe athlete. We do plyometrics, weightlifting and all of our workouts are periodized. Every year, we see the biggest meet of the year — mine are usually in August — and we work backward. We will only probably peak three or four times a year and you’ll jump your highest those times, but the coach plans it to happen at certain meets. That’s what’s really unique about track and field. People always wonder why the best of the best aren’t always winning or breaking world records. It’s because you can’t physically stay at that level in track and field that long without hurting yourself. It’s cool that our workouts are planned to peak about three times a year with good running form, balance, body awareness, and strength.

The Basics To Becoming A Great Pole Vaulter

We do very elongated exercises. Not crunches or any of that. It’s rope climbing while upside down. We’re doing pole-rope climbing, wall bar where you’re laying on your back and lifting your legs up but we don’t crunch at the hips; we crunch at the shoulders. When we talk about abdominal strength in the pole vault, it’s literally from the chin to the pelvic region. So, it’s our lats, core, obliques and all that stuff is activated while we’re doing core work. Some other amazing stuff that we do is we hold med balls over our heads and do a lot of hurdle walking. So, heavy weight above our heads for strength and balance, and it also activates the core.

As track athletes, we try and stay dynamic before and static after. A lot of jogging or biking before training to kind of get the muscles moving. I do know some athletes like to do the contrast bath but I’ve never been one to do that just because I like to feel elastic. I like to be a little bit tighter when I train because I want to feel a little resistance. I don’t want to feel too good. I like to do a little warmup — we call them gentle exercises. Arm swings, karaoke [running drill] and we go into a lot of band work also to open up the joints. Usually, we’ll end with about three to four 60- to 100-meter runs just to get the legs moving. In Toronto, we have this awesome curved track, so we do them like a downhill run to get the feet moving as fast as you can before practice.

I’m really only doing technicals twice a week. The other four days are usually plyo, sprinting, tempo running, weightroom training, and med-ball work. You don’t want to overtrain one thing at all times. You have to adapt, be in different scenarios and situations to hit every single core muscle that you need. I do watch film but doing actual pole vault work — I’m probably only doing four to six hours a week out of my 30 hours of training.

I think people think it’s very physical and a lot of times with pole vault it’s 90 percent mental for us. It’s gripping a higher and stiffer pole, being on these huge objects and catapulting yourself against gravity. I think a lot of people underestimate literally taking a human body and flinging it over a bar. Even my coaches who haven’t done pole vault themselves will be like, “You’re in such great shape. You look so good,” but sometimes I’m just mentally drained. I think that a lot of the time, people don’t understand the brain connection to your body. For me, that was a huge thing for me last year. I just couldn’t get that connection to my physical. I was running, lifting and I was the strongest I ever was — the lowest body-fat percentage I ever was and it was the worst year of my career. We call them “Doubt Monsters.” You have to be able to leave it all on the track, push fear aside, and be bigger than those doubt monsters.

I think a lot of times with being an athlete, you’re so competitive when you’re out on the track. It doesn’t matter who you’re with. I train with guys all the time and still to this day, I think I’m better than all of them. But, sometimes it’s not about being number one in practice. It’s knowing when to stop and when your body is at its limit and has had enough for that day. For me, it was being body aware to know maybe you weren’t completely satisfied but your body got better. That has been such a key component and that’s why I do hypnotherapy because I want to really learn how to connect my mind to my body and know when enough is enough. The older I’m getting, the less I have to put in these hours of hard work and it’s more about recovery, sleep, nutrition, and taking care of yourself off the track. Those are where you’re going to see those extra percent gains, by taking care of yourself off the track more than on it.

A Day at the Gym for Alysha Newman

Usually, I’ll show up to the track around 10 or 10:30. We’ll see everyone and talk about what we’re going to do and then we all go for a five-minute jog or a 10-minute bike; it just depends on what day of the week it is. Then we head into our general exercises. We do a lot of band work and then do our xcels and then we head into pole vault drills if it’s a pole vault day.

We do a lot of sled pulls. We do a lot of box horse drills. You have this huge box right in front of the pole vault pit and you’re doing drills to avoid the run up. You’re just doing pole work on the actual pole. Then, we’ll head back and start working on — right before you bend the pole — we call it a takeoff. So you work on getting your arms up, getting activated, and quick feet at takeoff. Then they’ll decide to see where you are energy-wise and we decide which pole you’re going to go on that day. We’ll slowly work our way back to full approach and that’s your competition length on the runway. We’ll probably jump about 12-15 times in a practice and then after everyone is satisfied or you can’t do it anymore because you’re mentally drained, we head over to do med-ball work, high-bar work, giants, rope climbing, wall bar — we call them boopcas with the rings, so you’re swinging upside down on the rings and we’ll always end with a tempo run. It’s not 100 percent effort. It’s like 60 to 70 percent with 100-meter walk in between. Then you do a static stretch and you head into get some physio, treatment or a massage flush. Sometimes, I’ll even do hypnotherapy right after. 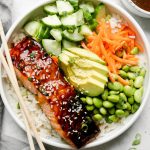 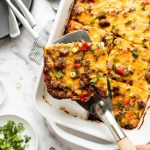