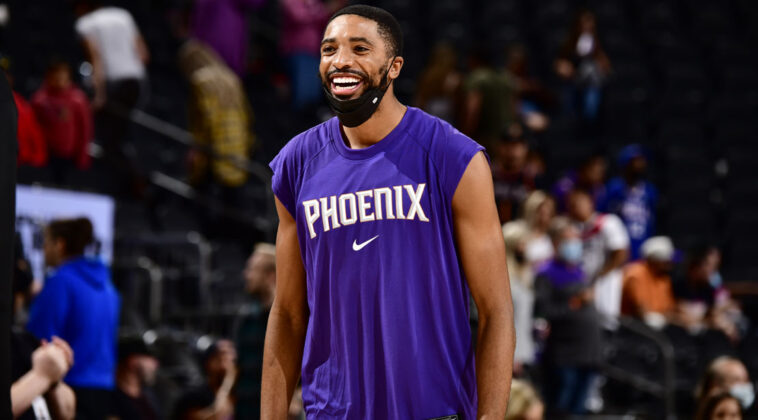 While last season’s Finals defeat at the hands of the Milwaukee Bucks took some time to get over, Mikal Bridges believes that experience and the lessons learned throughout the postseason can only serve to make both he and Phoenix Suns better in the 2021-22 season.

Before last season’s resurgence, it had been a full decade since the Suns had even reached the postseason. Since being acquired by Phoenix in a draft-night deal in 2018, Mikal Bridges, the 10th overall selection, has become one of the league’s most versatile two-way players and a vital piece in the culture change in The Valley.

He finished last season with career highs of 13.5 points, 4.3 rebounds, 2.1 assists and one block per game. His performance recently earned him a four-year, $90 million contract extension.

The small forward was only one of 11 players to play in all 72 games last season, meaning one of the constants the Suns could rely on was his pestering defense against the opposing team’s best perimeter player. He credits his durability to the Suns strength and conditioning program in concert with his own recovery routine. Bridges also tinkered with his diet last season going pescatarian. The change did alter the Chipotle loyalist’s regular order for some time, but he’s back to what he knows.

Along with the core of Chris Paul, Devin Booker and DeAndre Ayton, Bridges’ defensive versatility, consistency, and continued improvement are reasons why Phoenix feels a repeat run at a title is more than possible. Bridges spoke with Muscle and Fitness on what he gained from his first playoff experience, the routine he followed to keep himself on the court last season, his offseason program and being back to his regularly scheduled order from his favorite restaurant.

Experience is the best teacher

It was a great experience of it being the first time of us making the postseason as a team, playing great basketball, and making it to the Finals. Obviously, you want to win. Every competitor does but sometimes life doesn’t go like that. I learned that every detail matters. We’re coming into this year with pretty much the same team with a couple of new pieces and that definitely helps along with the experience.

Mikal Bridges got right back to work

I took about three weeks off and got back to my training and workouts. I was getting up early to get a good amount of those workouts in. For me, it’s about trying to add some weight to my frame and stay strong. I have to eat a lot of meals and being up early gives you more time to eat meals as well. I’ll get up and go to the court, do my shooting, worked on getting my handle better and placing myself in situations that I know I’m going to be in with our offense. I’ll go back home and lift. That’s five times a week and I’m in the gym twice a day. I stayed with that routine for close to two months and it went great. The offseason was definitely shorter, but everything I thought about when the season ended and how I wanted to train, I executed that.

The best ability is availability

I do some postgame lifts, which is credit to our strength and conditioning staff. I do that for my legs and the rest of my body. I’m also in the cold tubs and getting stretched. You want to do some of those things the night before games also. My off days are big days for me because some people might only need rest, but I need to maybe ride the bike for 10 minutes to get my blood flowing and then do my recovery stuff to feel good the next day. I just try and keep on top of things and try and get my blood flowing on off days. On back-to-back games, I don’t have to go on the court or shoot but I can do something on a bike to get that sweat in.

I think [load management] different for everyone. I can say with a guy like LeBron, I can understand. I went to the Finals once, but he does way more damage than me with all the responsibilities he has on the court and going to the Finals all the times that he’s been — I definitely get it for him. I feel it’s just people taking care of their bodies and that’s it.

I sneak in some naps, but I think our coaching staff does a great job in knowing that if we get in late to not have a shootaround the next morning or move things back so we can get time to sleep in. It’s all a credit to our staff here. With some of them being former players, they know how our bodies feel. If you haven’t played, you wouldn’t know what it feels like to play in back-to-back games. To play a game, travel and play the next night — it’s tough. If you didn’t play, you can only look at the numbers, but you don’t know how that feels. Having coaches like Monty [Williams] and Jarrett Jack, who played in the league, they understand that. They do a great job with the schedule and moving things back so we can get more sleep after we land.

I was pescatarian for a while last season. I just wanted to try something different and see how it was. My mom was a pescatarian when I was in college. We had a couple of vegan guys on the team. I wasn’t going to go full vegan, but I could do pescatarian. It was a cool experience but I’m not doing it anymore.

… But still go with what you know

My Chipotle go-to is white rice, sometimes some black beans, double chicken, hot salsa, corn salsa and lettuce. Sometimes, I’ll add guac. I cut out cheese from my diet because I’m lactose intolerant. I had always been lactose intolerant, but I could kind of handle cheese and pay the consequences later. It’s been months now without cheese and I miss it. 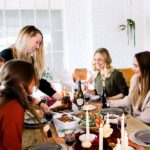 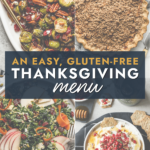