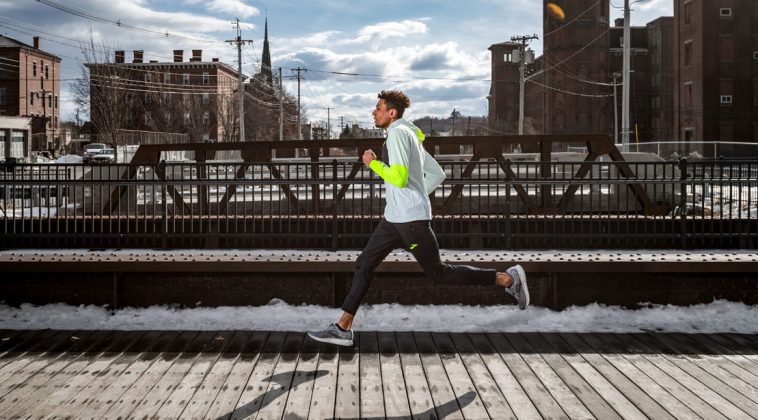 Sprinters are at times flashier, while marathoners may be known as gutsier, but when it comes to describing middle-distance runners, a quietly confident combination of flash and guts is what it takes to excel.

The 400 and 800 meters are sometimes forgotten components of run conditioning in people’s programs, but could be very beneficial in a variety of ways. While marathon training requires plenty of stamina and sprinting uses plenty of anaerobic strength, running those middle-distances requires a combination of both strength and endurance.

Isaiah Harris, a member of Team USA in the men’s 800M, after finishing fourth in last year’s Olympic Trials in the. In March, Harris finished seventh at the World Indoor Championships, missing out on a medal by a half-second.

Not only does a middle distance need to run at a sprint like pace, they need to sustain it over several laps, which requires supreme conditioning.

“I could be biased, but some of things middle distance runners have to do are fun,” Harris says. “To me, longer runs get a little boring and monotonous, so you need to switch it up. I love getting on the track and be able to do something slightly faster.”

Now a running member of the Brooks Beasts, Isaiah Harris explains how middle-distance running is a run-related activity that anyone at any level can incorporate into their own fitness regimen for an added layer of strength and conditioning.

A Combo of Quick Sprints and Long Distances

I would say that middle-distance runners fall somewhere between both sprinters and marathon runners, and we’re all different types. Some are more equipped for distance and others for speed, so you need to train as a sprinter some days and like a distance runner on others. The 800 is one of those fun events in which there’s multiple ways to train.

I’m right in the middle because I have enough speed — I ran the 4×400 in college at Penn State — and I also broke the four-minute mile mark last year, something I’m pretty proud of. So I have some strength and aerobic fitness to my game.

A workout that I used to do on the track was 10 300-meter runs, which is tough, but can always be modified for anyone. It’s a way to stay in shape as well because your heart rate is gonna get up there, since you’re going faster, but it’s fun.

The good thing about middle distance running is you can take a little bit longer rest in between each interval. We’d take like 90 seconds to two minutes rest in between sprints. And if you’re doing 10, break it down to two separate sets of five, take about five to eight minutes of rest in between and then get back to completing the rest.

You could even do 200-meter repeats in the same style. Maybe once or twice a week, and supplement it in on those days with longer runs.

Expect It To Hurt

A misconception about the 400 or 800 meters is people expect us as professional runners to be able to do this stuff and not be tired. It’s not the case — running is still running, every single time. I like to believe that you just get better at dealing with the pain when you get more fit and more used to running.

For example, a recent temp run was for three miles, my coach wanted us to just average 5:20 or faster. We finished that we took six-minute rest, and then we did for 228-second pace, so we can get our heart rates up higher than during the tempo run, but not push it too much.

My last temp run I was hurting. But again, it just becomes a mental game. And it’s it’s 50-50 physical and mental so have to be mentally tough. As you as you go up in distance, like you see the marathon runners, I would even argue that it might be 60%, mental 40% physical at that level, Again, the more you run, the easier it will feel for you when you get more fit, but it’s never gonna feel pain-free.

Hitting the Wall As a Middle-Distance Runner

The last quarter of an 800-meter race is the make-or-break point in the race. Everyone’s in it then, so at 600 meters is when you need to muster up enough strength and mental fortitude to find another gear and make it to the finish line. You could ask any 800-meter runner, and they’re gonna say, at 600 meters is when it when it starts to hurt. Sometimes you just close your eyes and focus on whatever you can to get you to the finish line.

You definitely have to pace yourself and that first 400 to 600 meters, but it’s not like you’re just chillin’ and feeling good — you still have to push to get to that point. In practice is where you touch that line of hitting the wall. You don’t want to do it too often, because that can lead to injury. But there’s definitely days when we’re going to the well and that kind of just simulates that race effort, although it’s sometimes tough to do that in practice. There’s nothing quite similar to just going out and racing and I think racing into shape is something a lot of people do.

Isaiah Harris Puts Up The Weight For More Speed

We lift twice a week, on the same days we get on the track. So Tuesdays and Fridays, it’s always immediately after we finish a workout. So for middle-distance running, we never really are in there maxing out or, you know, putting up heavy weight — it’s real emphasis on speed with everything we do. Speed and form really, the two most important things I’d say or just or why we utilize the weight room is one to increase those fast-twitch muscle fibers and then to just kind of strengthen those muscles that will help you stay healthy.

If you’re not recovering well, you’re not going to be able to hit the next day hard and you want to be able to have a quality day. I like to get frequent massages. We have a team athletic trainer, who’s at every single practice before and after, who if you need anything, she’s there. So when I’m really sore, I like to get some soft tissue work from her do some mobility with her and some stretches, some cupping. And then throughout the day, I’ll use the NormaTec boots, those are crucial. I even like Epsom salt baths, foam rolling and using the massage gun.

But every day is not the same. If I’m feeling extra sore and might spend a little extra time I would say immediately after practice probably stretching role for at least 30 minutes. And then usually at some point in the night, if I take an Epsom salt bath, that’s 20 to 30 minutes, and then probably roll out for another half hour after that as well.

Every athlete is different, and everyone needs a different shoe. I’m pretty basic — I like the neutral shoes, so Brooks Ghosts and Glycerins are my two favorite training shoes. I tend to go with the Glycerin more because they’re a little more comfortable and have more cushioning which I need because I’m a bigger runner — I weigh 180 pounds. So doing these longer runs can beat up my body and I really just like having that extra cushion, it kind of helps keep my feet and my legs feeling good.

I know a lot more people kind of pay attention to heel drop and some stuff like that. But to be honest, I I go by feel. I don’t think I have a picky foot, if that’s even a term.

Isaiah Harris Wants You to Add Middle-Distance Training to Your Run Routine originally appeared on MuscleandFitness.com 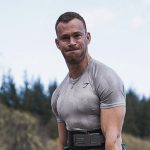