I’m a better coach because I was a stupid athlete. I didn’t know I was stupid then, but now I’m a good enough coach that I can see it plain and simple. I could spend my time wishing I’d not been stupid and imagining things I would have accomplished athletically, but that wouldn’t get me too far. Instead I’ve realized my bad and/or misinformed choices resulted in me being a far better coach than I would have been otherwise. I developed knowledge, empathy, and awareness from my missteps. And I can spot the stupidity in my athletes a mile away.

My stupidity manifested in two distinct ways – overtraining and injury. I separate these out, because while injury can occur due to overtraining, they are not always linked. Because of my experiences, I am able to coach my athletes from the perspective of both what not to do and how to handle the tough, dark times that come with training. And anyone who’s trained for any measurable length knows what I mean by tough, dark times.

In 2005 I got kicked out every gym I belonged to. I got kicked out because I showed up too much. I was unemployed and training two to three times per day. It was my coping mechanism. I had recently done an adventure race, I was doing BJJ almost daily, I was training for a kickboxing smoker match, and I was training CrossFit I don’t know how many times per week. I’d had a chest cold for over a month, I couldn’t sleep at night and couldn’t stay awake during the day, I was gaining weight despite eating less, and it took me a good ten to fifteen minutes of writhing and thrashing about to put my sweatpants on every morning because my sciatica was so bad I couldn’t bend at the hips.

For some reason it didn’t occur to me to stop training. But one by one my coaches told me to go home, that I wasn’t allowed through their doors anymore. When Andy Petranek of CrossFit LA sent me home, I walked out to the parking lot, sat in my car, and cried. I thought the world was over.

But the world wasn’t over. A few days later Andy invited me to come watch class or, better yet, help him coach. It was the beginning of a new career for me. It was the first step in what would turn into an eight-year mentorship where I learned more about both life and coaching from Andy than I’d learned in my thirty-plus years up to that point.

I never got to do a kickboxing match and I have lingering back problems to this day. But I might never have become a coach if I hadn’t overtrained myself into a pulp. I wouldn’t trade my career as a coach for being pain free any day. And, as I mentioned earlier, I also earned the gift of being able to spot the stupid a mile away. I know who you are, you overtrainers – I know you inside and out. And ever since those tough, dark times I’ve made a mission of reaching out to those on that same path, so maybe they won’t go quite so far down the rabbit hole as I did.

Turning injuries into missions isn’t something uncommon for coaches. When I spoke with Zach Even-Esh earlier this year, he told me he, too, turned an obstacle into an opportunity. After years of trying to use bodybuilding-style training to support his athletics, Zach’s body finally gave in:

When I was twenty-five grappling and the UFC was very big. I was doing shoot fighting and I tore my ACL during training. When I went into surgery I was so pissed off. I was so angry. I remember before going under anesthesia thinking, “I’m going to do something about this training and teach wrestlers around the world how to avoid all my mistakes.” I was on a mission.

Like Zach, injury for me turned into an eye-opening experience that forever changed my relationship to my clients. The second biggest lesson I learned that resulted in me becoming a better coach was when I broke my ribs.

I broke my ribs doing pull ups. No, I wasn’t so strong that I pulled and my ribs broke (this is what people always imagine at first). Rather, I was doing kipping pull ups and I got greedy. I was going for a personal record of consecutive pull ups. I completed my twenty-ninth rep, which was a record for me right there, but I decided to go for thirty. Thirty just sounds better than twenty-nine, right? Well, I lost my grip and fell. It wouldn’t have been so bad, except there are a lot of forces involved when you’re kipping, and our bar was too high for me to reach from the ground, so I’d climbed up to it from a wooden plyo box. Instead of landing on the floor, I landed ribs first on the box and that was that.

What I learned from that injury – aside from the obvious parts about max reps, greediness, and box location – came during the recovery stages. I had been training CrossFit for a number of years at that point. And I had forgotten just how hard it was to be a beginner. When I broke my ribs I couldn’t work out for a few weeks and it was slow-going for a number of months. My first workout back consisted of about twenty slow-motion walking lunges. A few weeks later I did a very mellow yoga session and I was sore for days. The first time I tried a pull up again, with a thick rubber band for assistance, it was really challenging.

I remember standing there mid-workout, looking at the bar, looking at the rubber band, and then saying out loud, “I don’t remember it being this hard.” Andy Petranek looked over at me and said, “What, pull ups?” And I said, “No, CrossFit.”

The months of recovery reminded me what it was like to have to work for everything, it helped me imagine how daunting it is to be new and un-athletic, and it gave me a sympathy and patience I never had before. Being stupid, being greedy and falling off that bar, made me a better coach for the rest of my life.

People have so many theories about why great coaches and great athletes are typically different people. They theorize that great athletes, too, forget how to be beginners. But I wonder, after all the coaches I’ve spoken with over the years, and all the coaches who’ve told me about their injuries, if athletes whose careers were stunted because of injury don’t become the best coaches because of precisely that. Jeff Martone, who’s endured a lifetime of injuries that he healed through kettlebells, shared this with me:

So whether my injuries were due to ignorance, to a stubbornly competitive instinct, or to the coping mechanism of overtraining, all those bad, misinformed, stupid things made me better. Even though it may have hampered my performance, it actually did make me a better athlete in many ways, and it most certainly made me a better, and more human, coach.

Being a Stupid Athlete Made Me a Better Coach originally appeared on BreakingMuscle.com 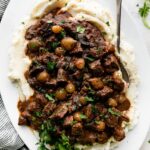 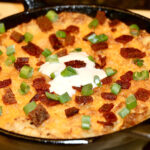 Don't miss out on new posts!