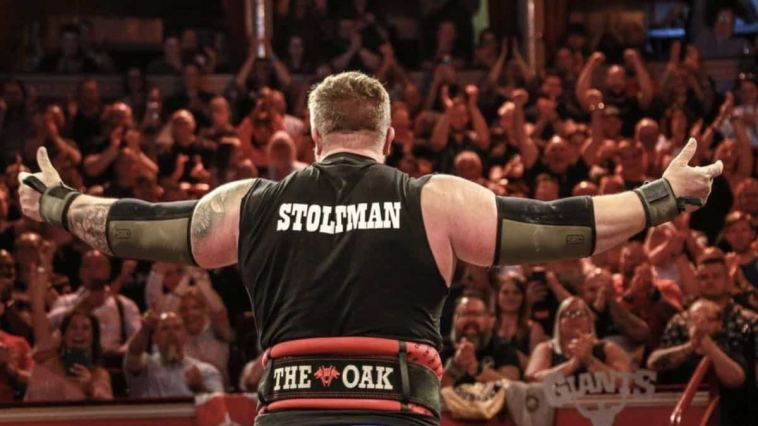 The 2022 Giants Live World Tour Finals will take place on Oct. 8, 2022, in Glasgow, Scotland. As a major contest on the strongman calendar, the respective elite athletes will show off their strength, conditioning, and power as they vie for the victory in Scotland.

Here are the events for the 2022 Giants Live World Tour Finals:

[Related: How to Do the Kettlebell Swing for Explosive Power, Strength, and Conditioning]

Here is the current roster for this year’s competition:

Luke Stoltman is the defending champion of the Giants Live World Tour Finals. The rest of the field will try to dethrone the athlete.

Here’s a short rundown of every event during this year’s competition.

Ever since the 2021 Rogue Invitational last November, Novikov has been consistently proficient with a heavy dumbbell press. However, Iron Biby, the current Log Lift World Record holder, could challenge Novikov. In an event with a time limit, Novikov might be the overall favorite.

Potential contenders for the Nicol Stone Carry event victory include Andy Black and Kevin Faires. When Shahlaei possessed the similar Dinnie Stones World Record, Black was a training partner. Meanwhile, Faires possesses the current World Record on the Dinnie Stones (25 feet, eight inches) and Nicol Stones (22.2 meters). Some of the strongmen have never performed a Nicol Stone Carry, so Faires could sit in an especially strong position.

[Related: How to Do the Goblet Squat for Lower Body Size and Mobility]

Many of the athletes on the Giants Live World Tour Finals roster possess some measure of proficiency as deadlifters. As the Axle Deadlift starts to roll into the second half of the contest, endurance could become a factor. In an event where everyone can excel, some of the competitors could elect to save their strength for the closing segments of the competition.

The penultimate event of these Giants Live World Tour Finals will be a medley between carrying and dragging the anchor and chain. Speed and time will likely ultimately decide the victor of this event. For context as to potential winners, Evan Singleton (38.85 seconds) and Novikov (41.75 seconds) moved quite well during the 2022 Giants Live World Open medley variation. The pair very well might find themselves in a close battle during this portion.

In a changeup from common strongman norms, the Atlas Stones will not close the 2022 Giants Live World Tour Finals. Instead, it’s the Power Stairs.

Maxime Boudreault could be considered the favorite for this event after taking first place during the 2022 World’s Strongest Man’s (WSM) Power Stairs. Boudreault made it nine steps in 39.07 seconds, while eventual WSM champion Tom Stoltman wasn’t far behind (nine steps in 41.04 seconds). How Boudreault fares at this version of the Power Stairs will depend on its structure, but he might be an early safe bet for the win.

[Related: How to Do the Bulgarian Split Squat for Leg Size, Strength, and Mobility]

The 2022 Giants Live World Tour Finals present an intriguing number of storylines going in. For example, can Luke Stoltman defend his title from last year? Can Novikov continue a recent string of relative podium success dating back to Summer 2021? The strongman world will find out on October 8 in Glasgow, Scotland. 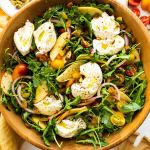